We conducted Agile Practitioner’s Corner on June'2021. Below is the summary of the challenges the practitioners had and how we got it discussed.

What is a Practitioners Corner?

Practitioner’s Corner is an event where both the Agile Practitioners and aspiring agilists meet to share experiences and learn from each other. In this online meetup,

What were the topics of discussion?

We have chosen five topics based on the votes. Based on the number of participants, we have split into five teams. Each team will choose an issue, and the person who posted the problem will be part of the team. Below are the top five issues voted. 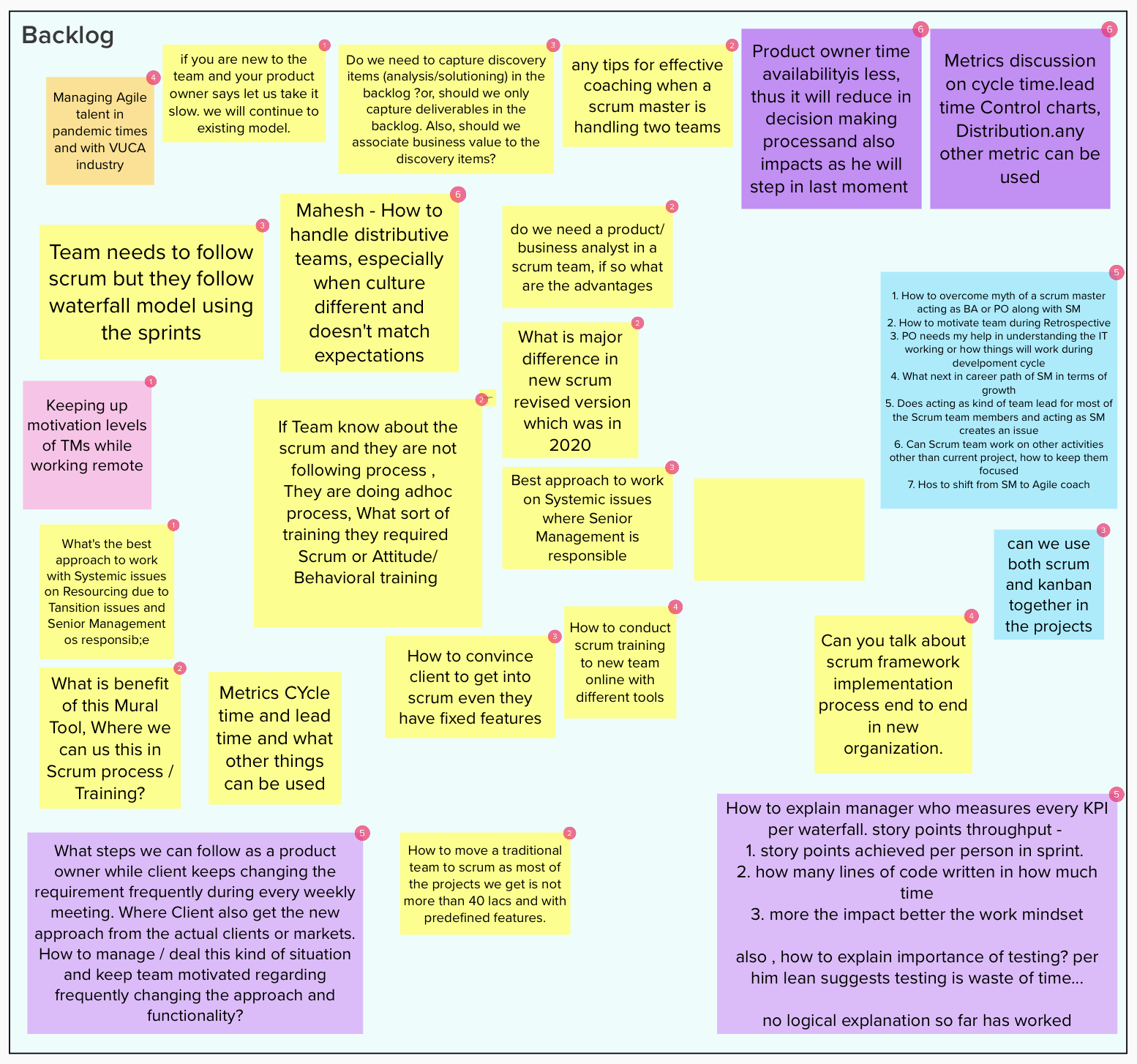 After the team went into break-out rooms, they have inquired about the problem statements in detail, and below are the observations.

Post inquiry, few things that emerged out of the discussion were,

Using inquiry, the team uncovered the below for this problem statement.

Post inquiry, below are the few things that emerged as takeaways for the problem holder.

Exploration of this problem gave more insights into the team structure.

As there were many questions in this problem statement and the questions are of general context, let’s focus on the takeaways as part of each question.

Let us look at some of the information that emerged during the inquiry.

Hope you had a good read. You can also check out the recording of the practitioner's corner, here.