What if Sprint Goal not achieved? 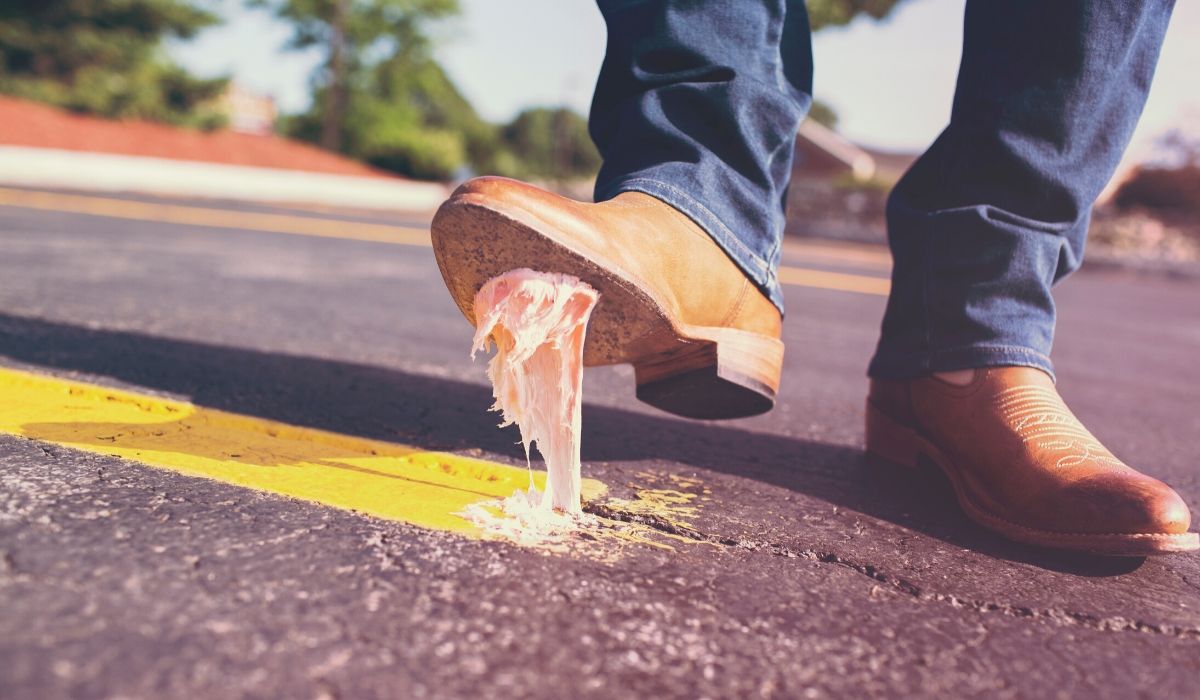 What if Sprint Goal not achieved?

On 24-Feb-2020, we had the below discussion on Agility Thinking WhatsApp groups on the below topic. Many of the practicing agilists from the group participated in the discussion and below are a few of them.

"The team is struggling to meet the sprint goal. One of the star performers in the team has completed his assigned work 2 days before the Sprint end date and he sees the entire team struggling to keep up. He feels proud of himself and leaves home.

The sprint goal was not achieved and the team was unhappy for not delivering. How do you handle this as Scrum Master?"

I will have PO talk about the business impact of missing the sprint goal. Emphasize how, Since the team has missed achieving a business outcome, it’s highly unlikely individual performances are going to go unnoticed and unrewarded.

Make the team understand only after the team has collectively achieved something, individual performances are going to matter. Having said that, analysis needs to be done to understand why a tall sprint goal was planned without considering the team's capabilities.

Any trainings needs have to be identified and fulfilled. People must be encouraged to call out impediments in daily scrum.

If the team is struggling to meet Sprint Goal...there needs to the reason for that...is the team facing any impediment that is not getting addressed...This should have come out in a daily scrum call.

And there is always realignment of work depending on the person workload in the team..There is no such case where a person is required to do only assigned task then it is not scrum. once the person's task is completed.

He needs to pick up the next user stories or anything that could be decided based on the scrum call outcomes. There has to be a proper retrospective as to what went wrong and what needs to be improved that needs to be implemented in the next sprint.

If it could be wrong planning taking too many user stories then team capacity or impediment Infrastructure wise technology-wise resource wise that were not addressed in a timely manner. So they need to identify and fix that.

Scrum believes in the team..we swim together we sink together..there is no accolades if the team fails to deliver.

Sprint goal is a collective effort and not an individual milestone.

a. Development teams should be self-organized.

b. Even before anyone SM/PM can interfere, the dev team should meet outside the scrum calls and iron out any issue or come up with solutions or concerns. Work can be quantified but cannot be finite. It may inc/dec as the sprint progresses.

If the dev team not self-organizing only then SM should step in. Reasons for incoherence may vary

a. Team is new - SM should conduct team-building exercises.

c. External Pressure - SM to intervene and shield the team.

a. PO should emphasize on delivery importance and reaching the milestones.

b. PO should be available to guide when the team requires it.

In the end, there is retrospective for the team to ponder over and be prepared for the following sprint.

To be agile is to be pro-active. It is not a done and dusted game.

As a scrum master, these are my thoughts,

I see star performer as sincere hardworking and highly motivated person. Person has given proper updates on completion of the task.

He did not fool others pretending to work and whiling away two more days, this means person is ready to take additional tasks.

Person leaving home means, it should be End of Day (EOD) and a person may decide to leave and help the team or take new tasks fresh the next day morning. This should be an acceptable situation.

We need to respect star performer thoughts and not just ask the person to work tirelessly which sometimes will demoralize/demotivate the person.

Just in case person is not ready to take additional work the next day morning then the scrum master should speak with the person and motivate to help/guide team to meet sprint goals.

1) As an SM, I should have detected this based on daily stand up discussion. coached the team then and there about moving stories to done and achieving Sprint goal.

(A) coach the team on the daily board walk through where the movement of item or story not promoting to the next lane will be exposed.

(B) refer to Sprint planning notes, whether Sprint Goal is clearly defined and the team is aware of the costs.

(C) let the team introspect and come up with XP practices like pair programming.

This is typically a result of the JIRA assignment. Rather than the JIRA issues being unassigned and picked up as and when someone has the time to look into it. Since no issue was assigned to the star performer, he did not work on it.

As a Scrum Master,  it is my failure that I have implemented such a process.  I would try to educate the team to move away from assignments to picking up JIRA issues.

I would also try to look at the rewards system that makes the star performer gloat at completing "his" tasks before time even though the team goal suffered.  It's a team dysfunction that I as a Scrum master need to look into.

Thirdly the commitments that the team makes are not contracts, they are estimates.  Hence if some tasks were left incomplete so be it. If the star performer was unwell for the last few days, anyways the tasks would have remained incomplete even though the rest of the team was working hard on them.

It's a new data point in velocity.  While the velocity should have an upwards trend from Sprint to Sprint...not every Sprint will have metrics higher than previous.

Fourthly, metrics brings me ponder whether we are measuring output or outcomes.  Measuring outcomes would have automatically made the star performer contribute to the outcome of helping us achieve the business goal of helping our customers succeed.

But since we were measuring output, the star performer "did his bit". I would try to steer the measurement away from output towards outcomes.

Scrum Goal is the team's commitment. Sprint success and failure both are at the team level.

As an SM I need to impart this in the team's mindset.

If team is struggling in the last few days of the sprint, it means we did not do sprint planning and daily scrum efficiently.

As an SM, I'll observe, retrospect, evaluate and improve scrum ceremonies. Based on the improvement area, the strategy will be decided.

Lack of team spirit or higher value of individual accomplishments and goals.

As an SM, I should have requested a star performer to help out the team earlier. To develop a helping nature, I find it acceptable to ask for help in the initial stage.

As an SM, I'll also Plan some activities to enforce Scrum 5 Values.

Individual accomplishment loses it's potential if business goals are not met. Need to make team member see a bigger picture and help to achieve it.

An Activity for team spirit -

🔹I ask team members to share their proud moments/achievements in life, preferably apart from work.

🔹I always find that accomplishment was backed up by some other people either directly or indirectly.

🔹After collecting at least three such stories (real-life stories create better impact), I conclude that nothing big/great can be achieved without others' help.

2. Emphasize that we are a team, we take commitment (Sprint goal) as a team, we win as a team and fail as a team

3. Coach star performer - good work is recognized, appreciated and is valued. Talk to him to help him help the team

The story can have another angle as well. Coz there will always be one person who is dedicated, and few others who do not do their homework and in the end, you still end up counseling to that hardworking ant 🐜.

However if its that team has really failed to estimate properly then it's second. Coz others thought they could finish and sized story small when in reality it was complex. Probably they missed including all parameters before estimating.

And yes its a teamwork, so at the end of the sprint, even star performer loses. Coaching is required. It's hard to choose one definitive answer from above.

I see more of a "team". We have to see why the performer is not helping. Should speak and understand from his point of view. Maybe this happening for a long time.

It has become a common thing nowadays:  to point the odd one out even if he/she is doing the right thing in a team. Don't jump into conclusions, infer n discuss n take the right decision. So how come he/she became a star performer.

What happened to all others in the team. So if he decides to leave what will happen. Have seen people claiming 8+ yrs experience but doesn't know how to read JSON schema... Taking decisions n judging are the easiest things in life. Taking the right decisions against all odds makes the difference

As a Scrum Master, it is my responsibility to ensure the team lives agile values and principles while establishing an environment where the team can be effective and self-organized.

In this scenario, Scrum Master needs to understand the behavior of the star performer to assess how he can start contributing towards sprint goals that were agreed by the team.

Also, understand what has contributed within the team for such behavior and why he/she is reluctant to help the team - as he/she in the agreement or not with set sprint goals; was an entire team involved and contributed to agree on sprint goal; did someone from the team ask for help from him/her during daily stand-ups or otherwise; is there a technology/system obstacle the team faces that does not allow the team to be cross-functional even if the person is ready to contribute and help the team; why he/she thinks that completing his work is enough while the team is struggling.

Facilitate sprint retrospective for healthy discussions to identify blockers and areas that team can improve collaboration and contribution to achieve sprint goals.

During the course of discussions reiterate scrum values and make everyone in the team understand that they need to focus and work together to achieve sprint goals which are measured for the team and not individuals.

If the sprint goal is not achieved it is the team that fails hence individual success does not matter.

Based on the discussion from retrospective help the team derives and take specific actions to overcome such situations for future sprints.

The way we need to be looking at it is .. a person who does the job quicker just reflects that he s getting stronger with his skills. To me, the star performer is the person who is there for the team and helps achieve the team goal as simple as possible.

First of all one story owned by a single person has to move towards a team sharing a single story. When this happens.. automatically the team achieves the goal collectively and individual identification of success is lost.

The saddest thing is .. everything fails when the performance is rated individually. This is the paradox that every scrum master has to go through. We need performance reviews to align so we can succeed by being agile.