My Dashboard
My Trainings
My Videos
My Blogs
My Events
My Quizzes
My Resources
Webinar Recordings
Expert Speak Series
Talk to a Mentor
All Trainings
Crash Courses
Certification Courses
E learning
Quizzes
About Us
Our team
Why Us
Our Trainers
Our Presence
Testimonials
Contact Us
+91-9606796005+91-7358062677
Mail Us
info@leanpitch.com

SCRUM VS KANBAN: Friend or Foes? 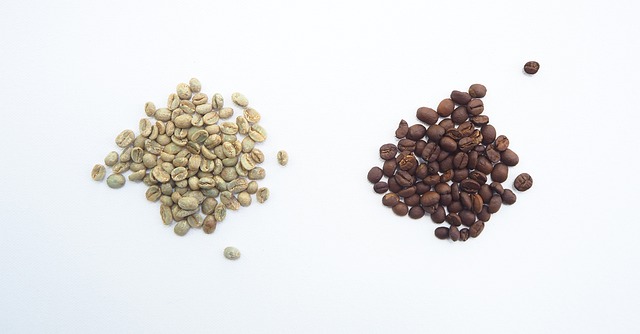 SCRUM VS KANBAN: Friend or Foes?

One would be surprised to know how many people find it difficult to differentiate between Kanban and Scrum. These are two terms that are frequently used in the same sentence. They are both agile approaches and have considerable distinctions. Even though both the agile approaches are designed to simplify workflow and teamwork collaborations to ensure the best results, it's critical to grasp the differences between the two to determine which is best for one's work environment.

Out of the two, reports show that scrum is used far more by teams. About 56% of units use Scrum, whereas only 5% of the teams use the Kanban framework. 8% of teams also use Scrumban, a hybrid of Scrum and Kanban, and the rest use other agile frameworks.

Want to know how Scrum is different from Kanban? Read to find out!

The main objective of Kanban is to ensure that the workflow proceeds smoothly at an optimal speed by identifying the potential issues in the system and fixing them accordingly. It keeps on experimenting and improving the system consistently by making the policies explicit and describing the process accurately. It helps you improve collaboratively by using models and empirical scientific methods to implement continuous and evolutionary changes.

Work-in-process or WIP limits are key Kanban concepts used by all teams to manage their workflow actively.

Companies like Nike, Zara, and Pixar Studios use Kanban.

As visualization is a vital Kanban practice, the Kanban board sets that process into action.  This is how it works:

● Using the Kanban board, all the team members can instantly see how the tasks are moving throughout the process and check their current positions like- to do, in-process, and done.

● As it's a very simple board, there is a lack of rules, so it is recommended to divide the work into better-defined stages to make the process easier.

● Kanban is more than just adding items to the board, and it's also applying a 'pull process.'

● The key is to set up an easy way to visualize the work and create an area for social interactions to establish the team capacity and spot and correct bottlenecks to streamline the ideal flow.

Benefits of Kanban Use

Some benefits of Kanban use are better visibility of work and improved transparency, improved communication and focus, and better flow of control. Many people complain about team collaboration issues, which is one reason to implement Kanban.

Challenges in Kanban Use

Kanban, as an agile method, is not as simple to implement as it appears. People are frequently unable to utilize Kanban to its full potential due to a lack of proper training and misunderstanding. It is a complex tool with numerous capabilities, and only those who comprehend it entirely will realize its full potential, while the others are not able to get optimum results.

Scrum is an Empirical Process framework that is required to help teams work together. It helps to deliver optimum business value to the customer in the shortest period. Scrum is an iterative framework used to break down complex problems into smaller chunks.

It offers product development for every business. Companies like Apple, Google, Facebook, Yahoo, Spotify, etc., all use Scrum.

A Scrum board shows a visual status of a sprint and is split across different stages of the workflow. In contrast to the Kanban board, which lacks such a concept, a Scrum board is reset after each sprint.

A Scrum team constantly monitors the work, and through a daily scrum meeting which is 15 minutes, the team analyses, communicates and corrects the problems. There is a heavy focus on cross-functionality.

The scrum team has three roles as divided among the members:

A Scrum project is facilitated by a Scrum Master and is often referred to as servant leaders denoting pseudo leadership, less focused on management. People who develop products and estimate their work are part of the Scrum Team. Scrum has a fundamental 30-day maximum limit for a 'sprint.' Progress is made in sprints. Sprints are short-term goals that can last anywhere from a day to 30 days. It can include days of work as per the sprint duration, and a day of sprint review. The goal is to produce a potentially shippable product after each sprint. The length of the sprint determines the planning and reviewing periods on which the product is discharge tenure is further determined. Scrum detects everything that gets in the way of the delivery.

Benefits of Scrum Use

Disadvantages of Scrum Use

If people aren't committed or cooperative, there's a good chance the product will fail. Other than that, there are various areas wherein Scrum is deemed inapplicable, such as Projects with a fixed time and fixed price rate along with a fixed project. Scrum is not considered the one fix for all kinds and can sometimes overkill projects.

Instead of asking Kanban vs. Scrum, one should start asking Kanban or Scrum or even Kanban and Scrum. The significant differences between the two are:

●      Ideology: Kanban is based on fixed work scope and by measuring time. On the other hand, Scrum requires a fixed time schedule and measures work to help teams work together.

●      Estimation: Estimation plays a vital role in Scrum, whereas in Kanban, it is optional.

●      Approach: Scrum follows a structured approach; Kanban is an of continuous changes and improvement.

Scrum vs. Kanban: The Conclusion

Scrum and Kanban are both popular agile frameworks that are pretty different from each other. They both have their pros and cons, focusing on optimizing the work environment in their way.

Thus, only after a thorough investigation of their working environment can one determine which one to use.