Illusion — an instance of a wrong or misinterpreted perception of sensory experience.

Reality — the state of things as they exist, as opposed to an idealistic or notional idea of them. 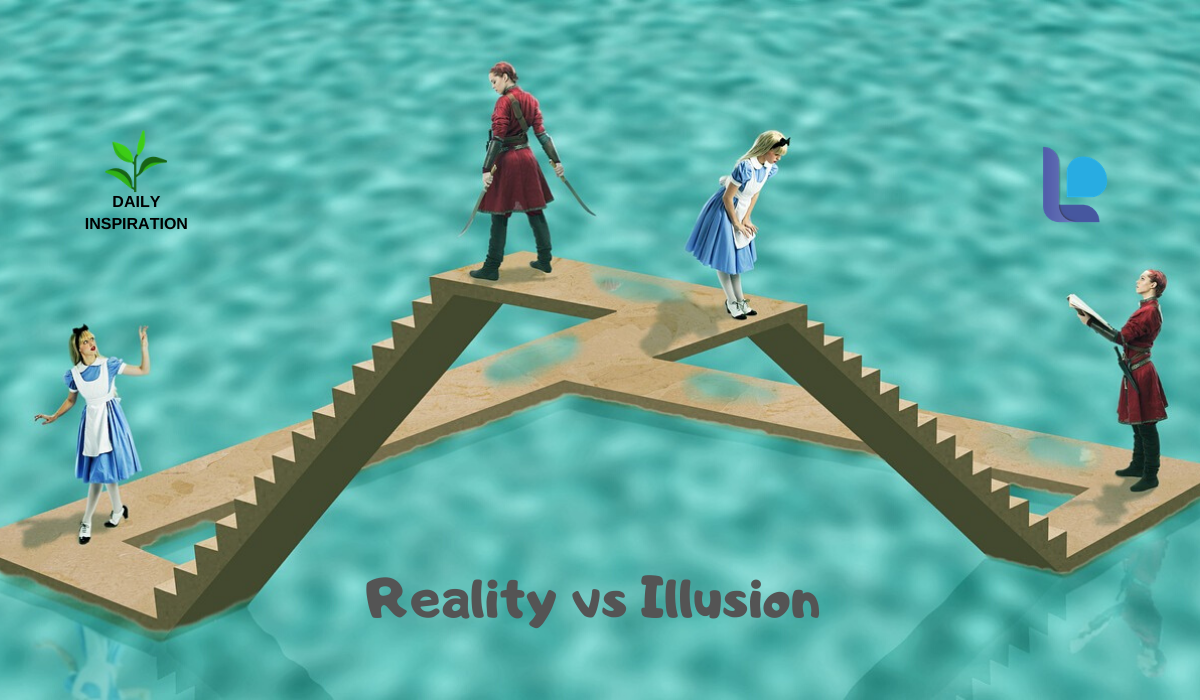 As usual, I would like to give the dictionary meaning first so that we understand what is what. How do we know that something which is happening is real? What if it is an illusion? I am an imaginative person. My state of mind doesn’t allow me to bring something from the past. I live in the now as I have trained my mind to be like that. So, either I live the now or dream about my future. I know it is confusing for most of the people who read this. Below is a narration of what my realities and illusions are. Let me take you on a joy ride with me while I narrate, and your experience. My fact and your fantasy.

Anything that you experience in your five senses, in a way, is called reality. Experiencing things in the same state as they exist and not your opinion of what it is. How can one consider stuff without having a view or an impression of what it is? If you find this as confusing, what would you tell about the things which are about to come? 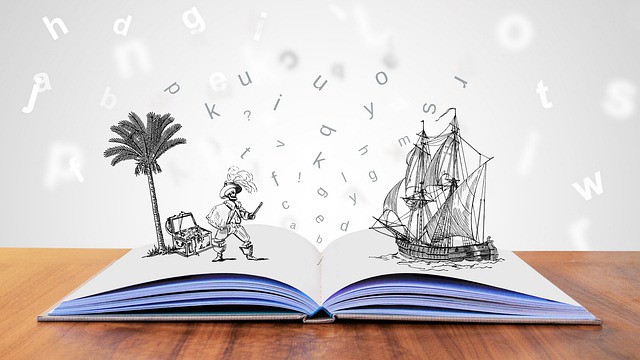 I wake up in one city and sleep in another city. Sometimes, breakfast in-home and lunch in some other city. Initially, it was all fun and exciting. I am traveling to other cities, meeting new people, having conversations with them, and helping them learn. One beautiful day, when I was in flight, I had a sudden thought, “Where am I?”. I was in flight and woke up in half-sleep. My mind was struggling to get the answer. I forgot where I am going, where did I start, and what is wrong with me all of a sudden. I couldn’t think straight, and so I slept back. It was not the last time that I am going to feel it either.

The same thing happened when I was on a flight to the US and the UK. It was a long journey, and since there are no direct flights, it was a connecting flight. Boarded in Chennai, landed in Dubai, completed formalities, and boarded to Boston again. Since I take very short trips, I had to return in less than a week. I am a movie buff, and so all the places that I see somehow would have been seen already in movies. I also hear experiences from people who share their travel pains and experiences.

What if I am inside a movie? Or What if I am in someone’s experience of traveling? In school days, I used to have a thought of what if all the life that we live in is someone’s imagination? It is not just for me. Everyone will have this at some point in time in their life. For people who say they are practical and approaches life as it is, faces similar things too. So, what is happening?

I know it’s confusing, just like Christopher Nolan’s movie, Inception. It did not just happen to me. It happens to every one of us. Few accept and rest just adamantly ignores.

Close your eyes and think of a beautiful monkey that has eight legs. It is building a web like a spider. It has created a fantastic web and resting at the center. Now it has seen you see it, and it is marching towards you. 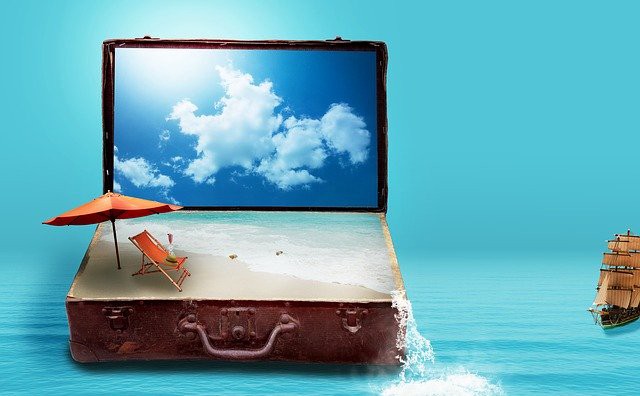 Isn’t it fascinating? There is no beautiful monkey with eight legs that can shoot the web. But, how could you imagine such a being/creature which doesn’t exist? Your brain has all the information that it needs to create anything that you want to see. It is possible to construct anything literally in your mind and bring it into reality, just like building VFX (visual effects) and adding it into an existing video. Your dreams are a perfect example of how your brain can construct things which you have not experienced in reality.

Consider, you saw a horror or a thriller genre movie/tv show and alone in your house. Your mind tries to play with you by showing off those horrifying things which don’t exist in reality. Ever thought of understanding the fact that ghosts don’t exist just because it is dark? It will be funny to uncover all these things.

These are some examples of an illusion that your mind tries to trick you with, and many of them will seem real. When you keep liking and believing these as you do with Facebook posts, you will start experiencing it for real. While it is still a hallucination, it feels and looks like real.

One perfect example is the lies that we keep telling. When we have to hide certain information, we need to tell lies. We make up an ideal situation that never happened so we can make people believe them. When we create a situation that was not there, we forget the fact we are creating a new reality for ourselves, which is an illusion.

Take an example of a mistake that you did, and you covered that with a lie. As you keep telling the lies whenever people ask about what happened, you remember only the lie going forward. You continue to say to people, the same lie over and over again. You will forget what happened over a while as you have convinced yourself of the lie. The fine line between what happened and what you were replacing it with disappears. It’s the deception that keeps coming up when you think of what happened. 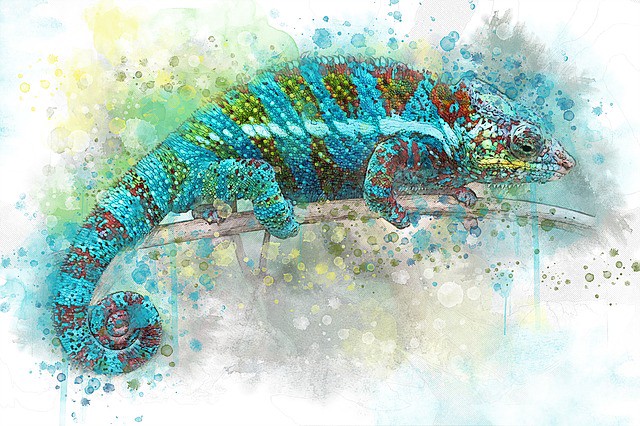 Every single lie that you come up with is a reality changer and an illusion creator. Next time, if you are telling lies to people, make sure you realize it will become your reality somehow. Every single lie creates a new branch in your reality called alternate reality. Over some time, the actual get blurred with the illusion. It becomes hard to realize which is which and what is what. It will cost your sanity.

That is one reason our ancestors stressed us to speak the truth. Whatever it may be, stick to the facts. Accepting the mistake and agreeing to correct them keep the sanity at check all times. The pages of life can have addendum but not corrigendum.

One way to be in reality constantly is to be aware of yourself all times. It helps you realize things. It is not as easy as it looks when it comes to being constantly aware. I wrote some reference to conscious awareness and self-awareness in my earlier write-ups. One way to stay sane is to be consciously aware of things. Self Awareness is a competency in itself that needs development. It is hard to master as you need to be mindful of yourself. Aware of myself? Sounds confusing, right?

That is all. Our self-awareness gives us complete reasoning ability and also called as our sixth sense. Some of the below questions help you out with identifying them.

This is enough to get started in terms of awareness. Once you are aware, the next thing is managing yourself. I am not using control here because control is suppression while managing is understanding. The more you suppress, the outcomes become outburst of varying degrees. The more you understand things and manage yourself, it helps with taking care of your sanity. The more you are self-aware, the more you address your reality.

The more you give up to your own emotions, you are more out of your control. This giving up will again branch into another reality, which can either motivates you on the uncontrollable behavior or into guilt — both the things which eventually lead you into an alternate reality. Guiltiness can make you feel bad and guide you into the illusion. Insanity is nothing but straying away from reality.

Do you know insanity can lead to schizophrenia? I will continue writing this. Keep watching this space.